After highlighting my move to safety in February  (The Move to Safety), I thought it would be a good time to review the signals and tools I used to see the bottom in March. The key point today is not only anticipating market environments like we've seen, but having tools to profit from them.

Last week I came across this tweet by Meb Faber and it reminded me of the insanity we've seen not only during the recent rally but really the past 12+ months.

Over the past 12 months:

(also a pandemic in there somewhere)

In the face of all that, we still saw an over 40% rally in stocks, which to an extent comes with the territory, but definitely more aggressive than anyone expected.

Obviously the pandemic has been a major driver of volatility but the large rally off the low is still a concept we see across financial markets since the start of time, that is capitulation. And capitulation itself, generally comes out in environments like this.

Capitulation as a concept:

For this who follow my work, you know I tend to focus on human behavior, trading, and investing 'mistakes' we naturally tend to make. Capitulation is essentially a 'throw in the towel' moment and happens both on the upside and downside. There are numerous ways to refer to this but the bottom line is upside capitulation is what we saw in Jan/Feb and downside is what we saw in March.

Fusion Algo carefully monitors both of these phenomena in real time. 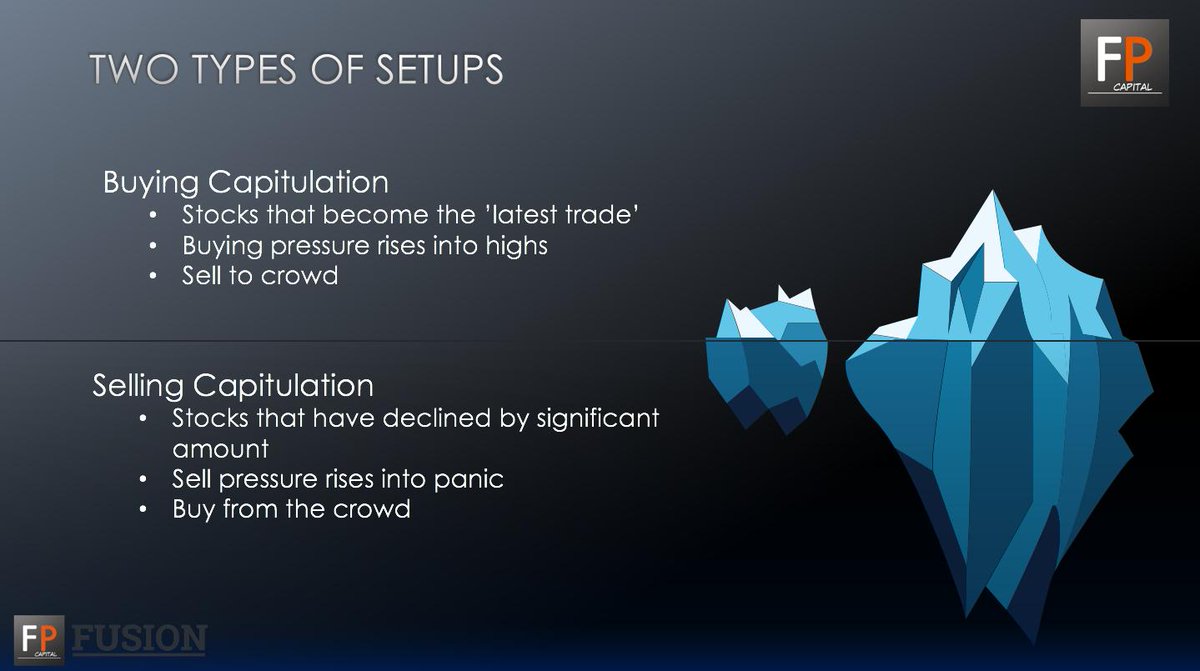 For newer followers, I tend to post a fair amount of stuff publicly that gives a sense of my positioning generally. With that in mind I wanted to point to two tweets in March that were driven by what the algo was doing.

March 20th, 2020, 3 days prior to the low I posted this suggesting we were seeing retail enter the short side in an unsustainable way.

If you shorted below 2300 bc of 'lockdowns' it's safe to say trading is not your calling.

March 23rd, 2020. The day of the low I then started a full thread on the rally that I believed to be starting, and that ultimately has turned in to the largest rally in history in terms of percentage move and time.

But the real key to all this is the data itself and algo signals that are being generated. This takes my views out of the process and focuses more on what the crowd is doing. The following is what I was seeing from the algo in March. For those who want to see how this works in real time I have pulled some of the videos from that time.

One of the more impressive things this time around was the lack of 'signal noise' during the decline which I commented a bit on in the video. One of the bigger risks of a countertrend system is false or early signals, and I was pleased that under the intense stress of Q1 2020 the algo was silent until the tail end of the move.

Since the above signals you can see strong reversals across all 4 ETF's as well as the broad market. Detailed readers can see both XBI and the SOX holding former levels while XLF and XHB essentially turned as price capitulated.

But it wasn't just ETF's, single stocks were very powerful at the low as well. The Algo runs over 5000 stocks and ETF's and so we get signals on both. Stocks are unique because we can then apply a variety of additional fundamental analysis. Today I will show a few isolating the different fundamental factors I tend to look at

ITW setup: Growth/Quality name with large signals at the low. The larger point is how on single stocks we can combine a lot more techniques to the signals.

ITW so far has rallied sharply off that low, running up over 54%. The growth and quality names that fired in March have by far outperformed the market.

TSEM came off the value screens and also was seeing large signals at the low.

The stock has rallied nearly 50% since the signal.

Some additional stocks with large signals and corresponding moves I covered inside the algo and general service too (Fusion Active).

Most interesting overall is the combo of timing signals and future performance. When we segment the signals by the ETF's that fired, and isolate the single stocks by growth/quality factors. The outperformance speaks to not only the level of panic at the low, but the fundamental factors that comprise some of these names. 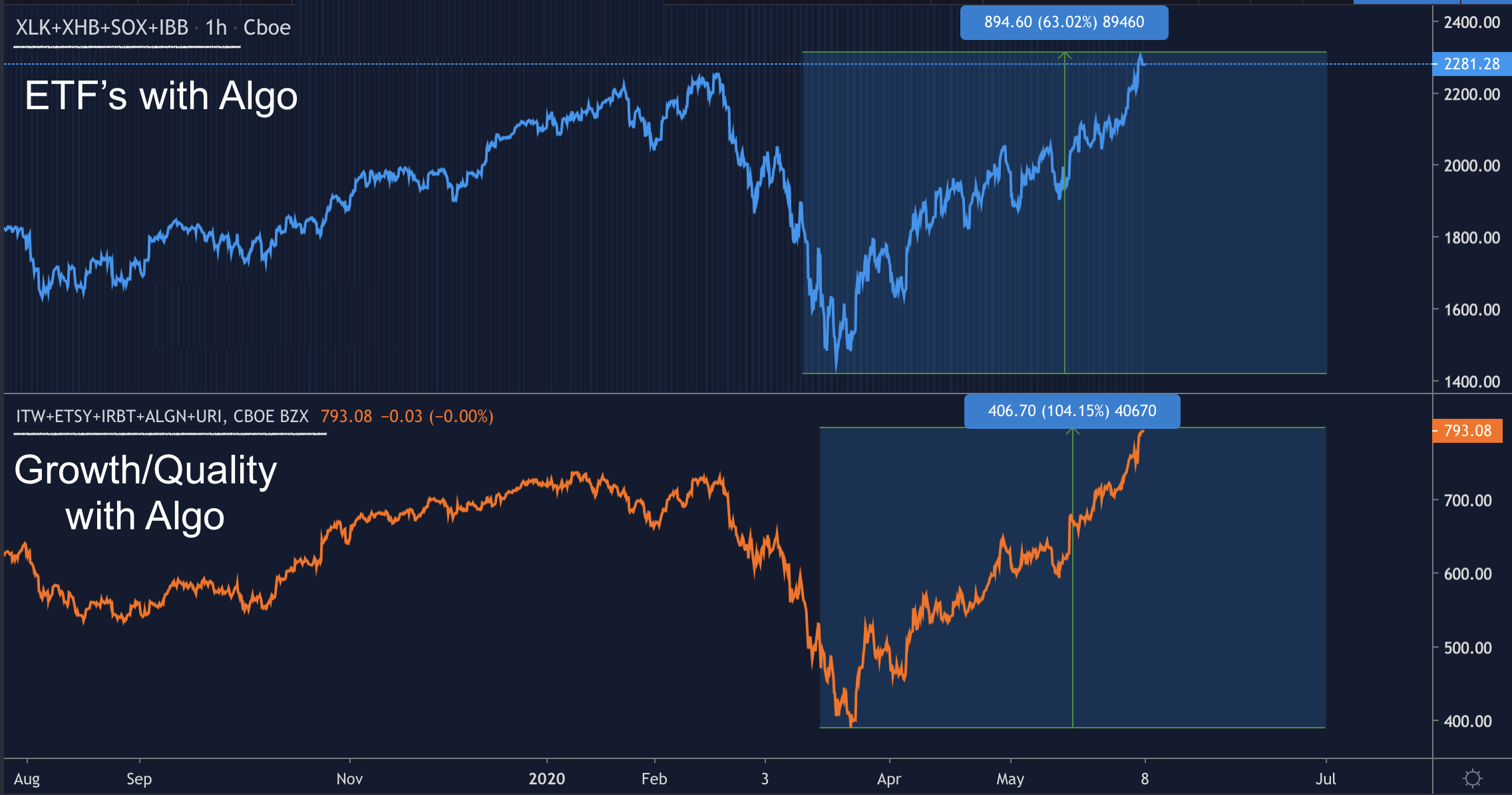 By far the best opportunities of the year have passed but one thing we can depend on is human nature, which will certainly capitulate across assets and markets in a variety of ways going forward.