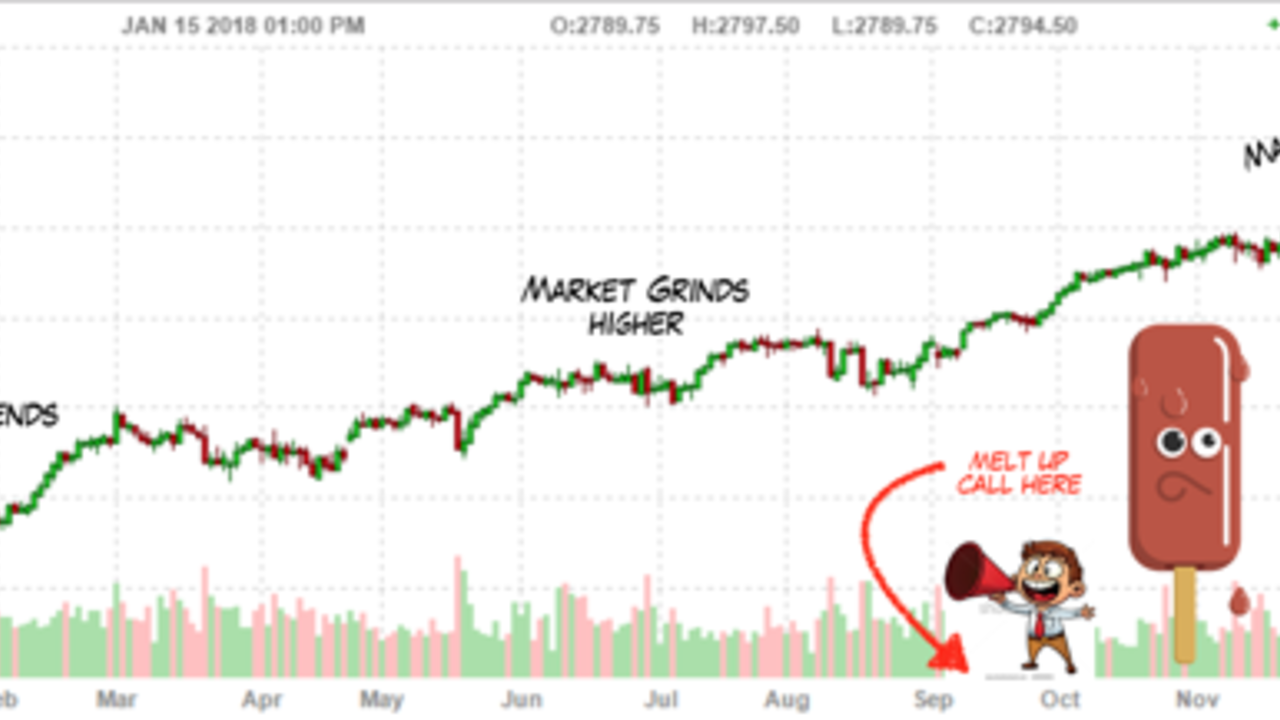 See how Fusion members were in front of the move.

So the market is melting up....

Yes, we have all heard the term in the past 4 months or so. So much so that I saw a lot of perma bears dismiss any possibility of higher prices - instead, they saw further proof of a suckers' rally and an eventual crash.

But nothing could be further from the truth. Just because the search term went trendy is hardly a reason to dismiss it. Especially in the later stages of a bull market.

I've written a lot about the differences between this market and past overall peaks, particularly '08. One of the most important conditions has obviously been monetary policy. This is part of the reason I was able to see the early 2017 uptrend for what it was: an impending melt-up.

First, just take a look at where the Fed is relative to '08 on rates and financial conditions. Night and day.

That did not stop speculators, however, from really forcing the issue in the back half of the year. One thing I try to stress with my work is to think different and to try to do behaviorally what others aren't. One big behavioral component of the 2017 market was related to groupthink and seasonality. If you haven't seen it, here's the chart everyone was looking at: 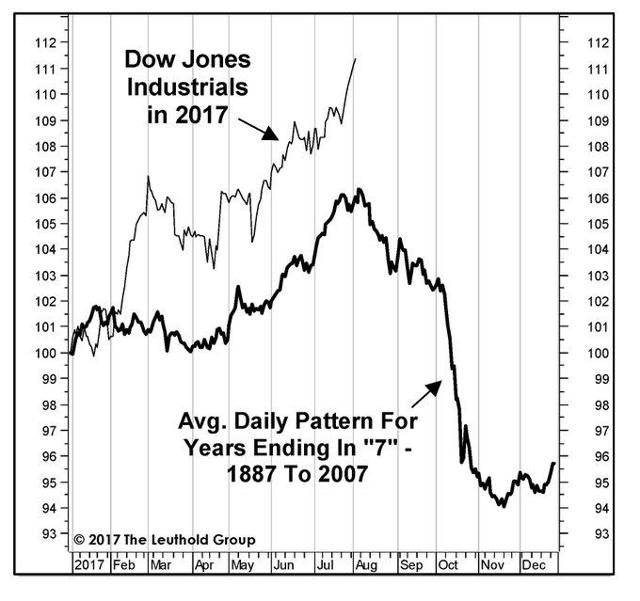 To be clear, The Leuthold Group is a group I have a high level of respect for. They just happen to have one of the cleanest charts on the phenomenon. The net, however, was littered with some of the most unbelievable '87 crash analogs week after week after week.

The bottom line not only was everyone looking for a "crash" or "pullback" just because of the calendar, but more importantly, they actively made that bet. One big component of price action is to know where others are positioned. I have never seen so many people try to short into every rally as I saw in '17. This was independent of the long-term "melt-up" dynamics that were already in place, making it a perfect behavioral storm scenario (for another day).

The following daily chart of the SPX (SPY) shows the existing trend and the "melt-up" portion in 2017 with my comments in the week prior to the move (video to follow): 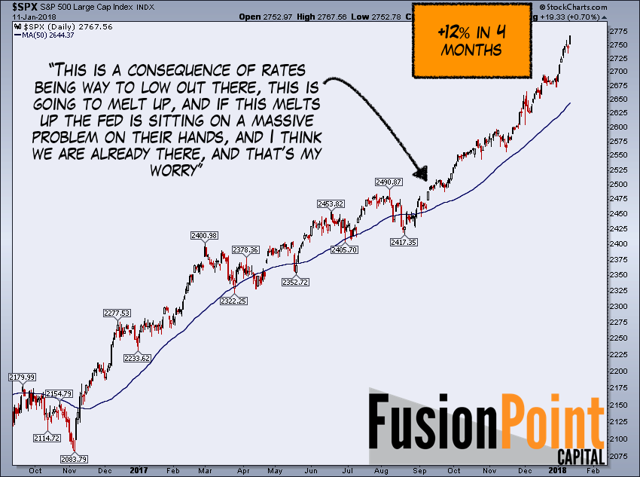 Since the middle of September 2017, we've seen the SPX add 250+ points and the Dow 3K. The chart below shows how the weekly RSI on the Dow has now hit extremes only seen in one other period, the '90s. And predictably, we are now seeing the start to Fed "worry" about elevated asset prices. 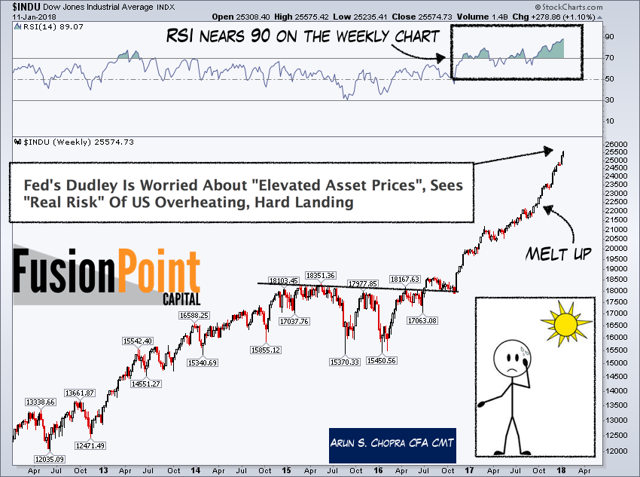 But not to get too far ahead of any real shift in policy, further details from Dudley's comments basically became nothing more than another jawbone at best.

Gradual is not an option at some point, but that is more of an '18 story for now.

The following is an excerpt from my member video in September 2017, 1 week prior to the start of this melt-up rally that essentially has continued through today. The takeaways are multifold, but through multi-market and multi-time frame charts (breadth), intermarket concepts (liquidity), objective analysis, and an overall recognition of where we are in the cycle (rates, policy), the real risk in '17 was always higher, and meaningfully so.

Perma bears can dismiss this latest move all they like, but it was predictable, and I would argue strongly that there were only two positions in '17: long or sidelined. Short wasn't an option. Very few, if any, real short signals showed up in '17, especially after May.

At Fusion Point, the above analysis was critical for our single stock Fusion Trading strategies. The 8 fundamental factor models I use for finding swing trades and position "investment" opportunities were very robust in the back half of 2017, obviously supported by the massive tailwind from an incredibly one-way market.

This allowed for all sorts of fundamentally driven, behavioral and technical timed entry setups. Rocket stocks did well, short squeeze reversals did really well, a lot of the rotational stocks were solid and, of course, Europe/Japan names continued higher.